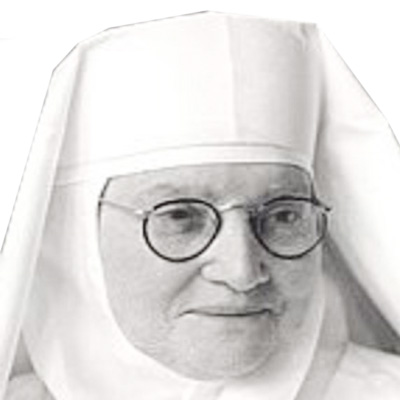 ANNOUNCEMENT OF MOTHER MARY KEVIN, AS “SERVANT OF GOD”

It is fifty nine years this year 2016, since the death of Mother Mary Kevin popularly known as Mama Kevina yet there are still cherished recollections of love and gratitude for this Irish woman who touched millions of people by her selfless love and compassion that knew no frontiers.

Her charitable works and the Institutions she started, her service to the people of all denominations and races, have indeed touched the lives of many giving them a destiny, hope where there was none, healing to the sick, home to the homeless poor, and a career for many young people.  She was a missionary, Foundress of two Religious Institututes: of the Little Sisters of St. Francis and the Franciscan Missionary Sisters for Africa.  Mother Kevin was a builder, educator, nurse, midwife, cook, gardener, mother, friend, role model, the list is endless.  She was all things to all people!.

On the 6th November 2016 will always remain a memorable day in the history of two Institutes and the entire Church  – a day when Mother Mary Kevin Kearney our Foundress, was officially declared a Servant of God.   The inauguration ceremony (Official Opening of the Cause) took place at Rubaga Cathedral.  The ceremony was presided by His Grace, Cyprian Kizito Lwanga, Archbishop of Kampala Archdiocese.  Among the co-celebrants were His Excellency Michael August Blume, Apostolic Nuncio to Uganda, His Lordship, Christopher Kakooza, Bishop of Lugazi Diocese and a number of priests, many Religious and laity.  It was such a colourful and solemn experience. 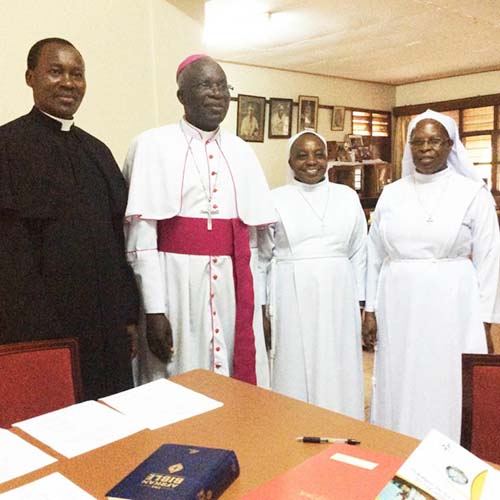 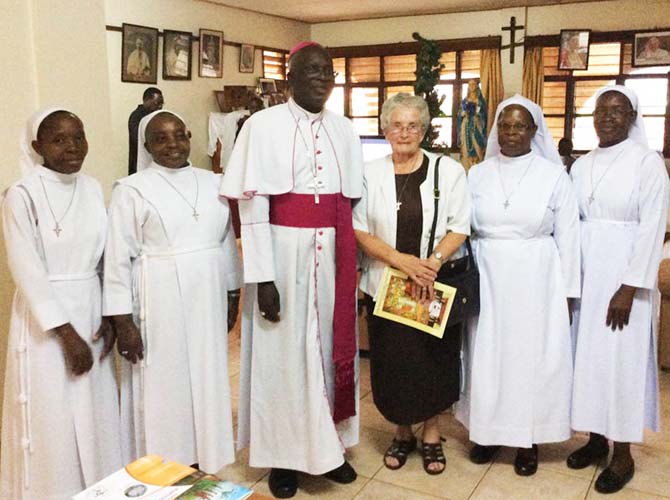 Pictures before the Opening Mass.

The process is now on the Diocesan Phase and this was preceded by the election of Various Commissions carrying out various activities in the preparation process of the Cause of Beatification and Canonization of the Servant of God Mother Mary Kevin Kearny.  These members were elected by the Competent Bishop who is Rt. Rev. Bishop Christopher Kakooza, Bishop of Lugazi Catholic Diocese – Uganda.  The General Superiors of Little Sisters of St. Francis and Franciscan Missionary Sisters for Africa are the Co-Petitioners acting on behalf of the two Institutes. 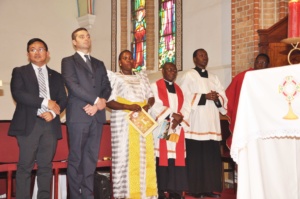 The two Roman Delegates and the Diocesan Tribunal at the official opening of the Cause.

This Commission is charged with the responsibility of analyzing the information gathered in relation to the heroic virtues, reputation of holiness and intercessory power of the Servant of God.  They will also interview witnesses who knew, lived with or who have an experience of the life of Mother Kevin, the Servant of God.  There are three degrees of witnesses: 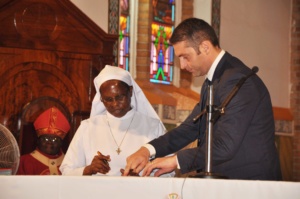 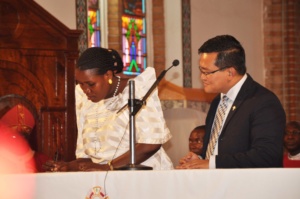 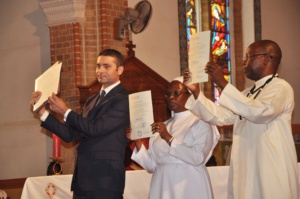 The duty of the Postulation office is to follow the cause of the Inquiry with the Diocesan authorities and also act as a link between the Diocese and Rome till the end of the Cause.  The Postulation office is situated at Larvena House, Convent of the Franciscan Missionary Sisters for Africa, at Nsambya Uganda.  We are grateful to the Sisters for offering this facility for this very noble cause.  You are encourage to channel any communication to this office using the following contacts: 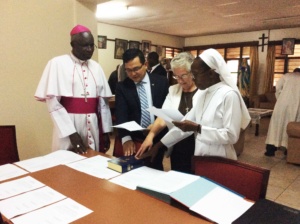 The members of the Historical Commission to the Cause of Mother Kevin take an oath before Bishop Christopher Kakooza.

The responsibility of the Historical Commission is to search out and gather all the writings of the Servant of God as well as any documentation pertaining to the Cause.  All the documents gathered will be presented to the Postulation office for analysis.

As an Institute, we are grateful to God for this great gift and now the challenge remains ours, the faithful people of God.  Mother Kevin was a woman who allowed the Grace of God to work in her and responded effectively and she became a great witness. She had a radical metanoia that touched and transformed her life.  Her focal point was always on Christ and thus her Motto, “All for thee Lord”.  Let us all give glory to God who in his mercy and kindness has recognized and upheld Mother Kevin as the Servant of God.   May we allow some of her heroic virtues to inspire us to live a life of holiness.

We appeal to you all people of good will to pray for favours and to report any favours received through the intercession of Mother Kevin.  A special Prayer Card has been prepared, we ask you to own the prayer and use it as much as you can.  We are not supposed to photocopy this paper but to endeavor to get the original copy of it.

As you know the process lies heavily on the availability of evidence of the life of the Servant of God, so we ask that, in case you know of any persons who might have known Mother Kevin and can give a testimony, please forward their names to the any member of the two Institute best known to you so that arrangements can be made to meet them.  Let us use this wonderful opportunity God is giving us to remember the life of Mother Kevin so that it may help to deepen our faith and renew our commitment and witness to follow Christ.  Let us make God known, loved and served in all we do and say. 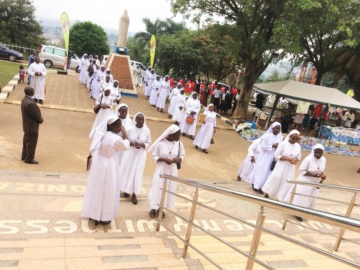 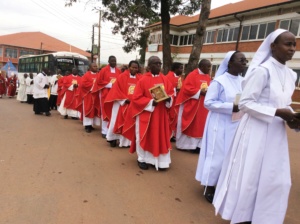 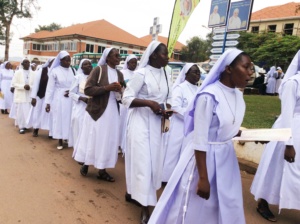 Historical pictures of the Official opening of the Cause of the Servant of God Mother Mary Kevin.t knew no frontiers. 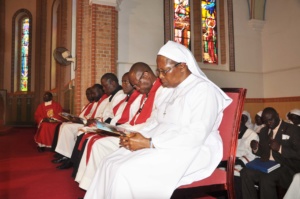 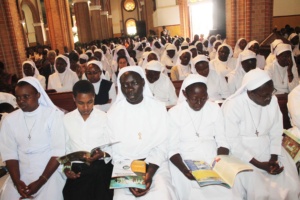 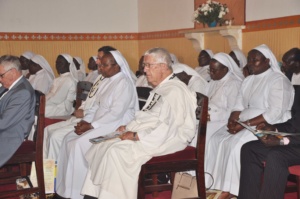