How we came to be 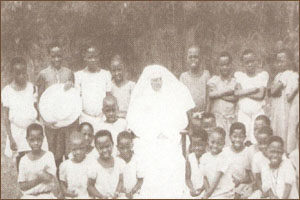 In the second half of the nineteenth century and the beginning of the twentieth century, God raised up many wonderful people who were to bring the Good News to many countries and especially to Africa. It was a great missionary era. Many congregations of both women and men were started, each with a different Charisma, but all with the same goal of establishing the Kingdom of God.

Perhaps one of the greatest missionaries to Africa, Teresa Kearney, better known as Mother Kevin will always be remembered for her acts of charity and generosity. Kearney, a Franciscan Missionary had arrived in Uganda in 1902 along with 5 other missionaries Mother Mary Paul (Superior), Sisters Solano, Marcella, Andrea and Alexis after a request by Bishop Henry Hanlon, a Mill Hill Bishop who had been in Uganda earlier.

Among Mother Kevin’s spectacular achievements was the establishment of the congregation of the Little Sisters of St. Francis on 1st May1923, twenty years after her arrival in Uganda and her efforts to equip them with skills that maximized their abilities for leadership among their people. 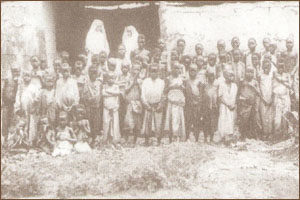 The Little Sisters of St. Francis of Assisi of the Third Order Regular is an indigenous Institute of Diocesan Right
“I have called you by name, you are mine” (Isaiah 43:1)